The Government of Bangladesh has been successful in reducing deaths from tropical cyclones. However, in recent years landslides have been a significant risk to people in southeast Bangladesh. For example, Tropical Cyclone Gorki in 1991 resulted in 147,000 deaths, whereas Tropical Cyclone Sidr in 2007 resulted in 4,500 deaths, and only six deaths occurred during Cyclone Mora in 2017. In contrast, the landslides in Chittagong in 2007 and Rangamati in 2017 led to 128 and 110 deaths respectively (Table 1). The deaths resulting from the landslides (Figure 1) have raised an important question. Is district disaster governance at the local level (e.g., district and sub-district) sufficient  to mitigate the impact of landslide disasters?

Table 1: The record of deaths associated with major tropical cyclones and landslides in Bangladesh 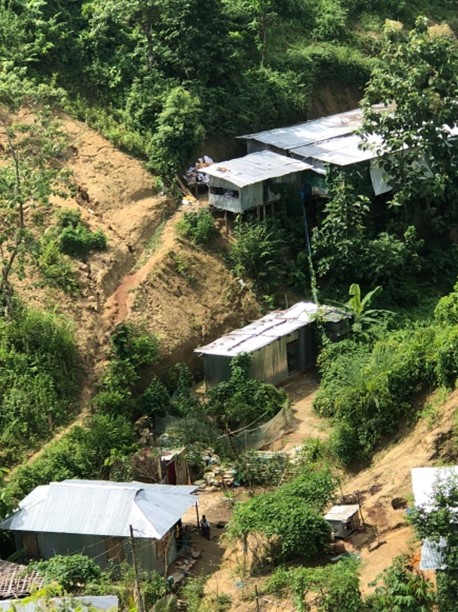 Figure 1: Dense housing along highly susceptible hills that may cause landslide anytime

To assess the efficacy of the local disaster governance system for landslides, the authors selected nine principles: accountability, participation, collaboration, transparency, information sharing, shared decision making, communication, leadership and shared resources, all of which underpin the disaster risk management cycle. The nine principles were assessed based on analysis of the Bangladesh Disaster Management Act, policy, rules, the Bangladesh Standing Orders on Disasters, and conducting interviews with key stakeholders in the Rangamati district in 2019. The stakeholders included the head of the District Disaster Management Committee (DDMC), the members of the DDMC, and Bangladesh Red Crescent Societies – among others.

District administration plays a significant role in landslide risk management (LRM), with the support or other departments and DDMC members. This research demonstrates that the four principles of accountability, participation, collaboration and leadership function well during the response, evacuation, rescue and relief phases. Despite this, there is a lack of effective communication, information sharing, decision making, sharing resources, transparency and leadership during the risk assessment, preparedness and reconstruction phases. Five disaster risk governance (DRG) principles such as effective communication, information sharing, decision-making, sharing resources, and leadership roles have room to improve for the risk assessment, preparedness and reconstruction periods. It was noted that other government departments and committee members wanted to participate effectively in each stage of disaster risk management (DRM). As such there is a need for a partnership framework to implement the nine DRG principals to facilitate effective DRM.

The strengths, weaknesses, opportunities and threats (SWOT) analysis of the DDMC showed that each member is aware of their responsibilities in DRM, but there is still room for enhancing preparedness planning. The district administration and other civil departments, defence forces and elected representatives have the experience, local knowledge and contact with communities and have the capacity to apply this in implementing DRM. Their willingness and capacity are hindered by a shortage of workforce, equipment, technology, and logistical support, all of which are required to maximise their efforts in LRM. Additionally, the functionality of the local government system is reduced due to conflict and power divisions between the civil administration, tribal group representatives and relevant ministries. This warrants  central government intervention to enable a whole-of-state approach for effective management of LRM and the subsequent implementation of development activities.

Our findings suggest that the GoB should undertake long-term planning to reduce landslide disasters in the hill districts. DRM should not be considered as a stand-alone mechanism; it should be considered as a whole- of- state development approach. It is suggested that the nine principles of good governance for landslides can be applied to other systems for natural hazard management, and also beyond Bangladesh. 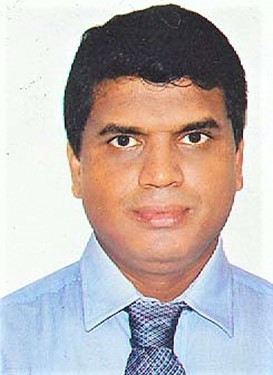 Dr Edris Alam is an Associate Professor and Chairman of the Department of Geography and Environmental Studies at the Chittagong University (CU), Bangladesh. Dr Alam has been active in disaster risk reduction and climate change adaptation research since 2000. Dr Alam studied and worked at universities in Bangladesh, the UK and Australia.

Dr Nibedita S. Ray-Bennett is an Associate Professor in Risk Management, Programme Director, External Examiner and Fellow of the Higher Education Academy. Dr Ray-Bennett is a sociologist specialising in disaster risk reduction (DRR) and international development. Her research explores: i) understanding the complex nature of disaster and vulnerability in organisations and communities for effective disaster risk management and sustainability; ii) developing the capacity of actors and organisations for effective disaster risk governance, and iii) reducing disaster mortality and morbidity for human development. Dr Ray-Bennett is the author of Caste, Class and Gender in Multiple Disasters (2009, VDM Verlag) and Avoidable Deaths (2017, Springer Nature). Dr Ray-Bennett is the Founder and President of ADN and she believes that by developing the capacities of actors, organisations and of the general public – among other things, we can avoid disaster deaths.

Both authors would like to thank Leicester’s Institute of Advanced Studies Rutherford Fellowship Fund for this research project.

COVID-19 in The Netherlands: Both a Biological Disaster and an Economic Disaster By: Mr Jos Bal, ADN’s Knowledge Exchange Officer The coronavirus (COVID-19) is still spreading globally. Currently, in the world, there have been almost 5 million confirmed COVID-19 cases…
END_OF_DOCUMENT_TOKEN_TO_BE_REPLACED

Belize COVID-19 Update By: Daniel Mendez COVID-19 continues to cause major health, economic, social and psychological impacts across the Americas. As of 10 May 2020, there were 1,702,451 confirmed cases, with 101,874 reported deaths (PAHO, 2020). In the Central American…
END_OF_DOCUMENT_TOKEN_TO_BE_REPLACED

Challenges for the New World By: ADN’s Junior Champion, Arkoneil Ghosh COVID-19 doesn’t seem to be controllable and we are learning to get ourselves prepared to survive in this new world. The news of Bollywood stars being tested positive doesn’t…
END_OF_DOCUMENT_TOKEN_TO_BE_REPLACED

A Reflection on My PhD Fieldwork Experience Kalimpong district, India By: Peter McGowran   Last year I took on a short-term administrator role with the ADN. Since May 2019 when the role officially finished, I have undertaken my PhD fieldwork in Kalimpong…
END_OF_DOCUMENT_TOKEN_TO_BE_REPLACED

Reflective Short Piece on the Situation in India: From Coronavirus to Locust Attack to Cyclones   By: ADN’s Junior Champion, Arkoneil Ghosh   “While India as a nation continues to fight Coronavirus, here comes the Locust attack, which has destroyed…
END_OF_DOCUMENT_TOKEN_TO_BE_REPLACED