Updates on Sendai Goal 1 and 2

In 2015, the United Nations ‘Sendai Framework for Disaster Risk Reduction’ adopted seven global targets, of which the first two targets are:

This article summarises the UNDRR’s (previously known as UNISDR) update and activities towards achieving global targets A and B.

After the launch of the Sendai Framework in March 2015 in Sendai in Japan, by the resolution of “69/284 of 3 June 2015, the General Assembly established an open-ended intergovernmental expert working group comprising experts nominated by States and supported by the United Nations Office for Disaster Risk Reduction, with the involvement of relevant stakeholders, for the development of a set of possible indicators to measure global progress in the implementation of the Sendai Framework for Disaster Risk Reduction 2015-2030, coherent with the work of the Inter-Agency and Expert Group on Sustainable Development Goal Indicators.” The conclusion of the working group was completed in December 2016 and submitted to the General Assembly for consideration (UN General Assembly, 2016: 2/41).

On 2 February 2017, by the Resolution A/RES/71/276, the United Nations General Assembly endorsed the Report of the Open-ended Intergovernmental Expert Working Group (OIEWG) on Indicators and Terminology Related to Disaster Risk Reduction (A/71/644), and the recommendations for indicators and terminology relating to disaster risk reduction contained therein.

For global target A, the table below lists the indicators recommended by the OIEWG for evaluation against the Sendai Framework.

In the report E/CN.3/2017/2, the Inter-Agency and Expert Group on Sustainable Development Goals Indicators (IAEG-SDGs) proposed the use of these same indicators for measuring disaster-related global targets of the SDGs 1, 11 and 13. This reinforces the importance of the Sendai Framework Targets and Indicators.

OIEWG defines ‘death’ as the number of people who died during the disaster, or directly after, as a direct result of the hazardous event. ‘Missing’ is defined as the ‘number of people whose whereabouts is unknown since the hazardous event. It includes people who are presumed dead, for whom there is no physical evidence such as a body, and for which an official/legal report has been filed with competent authorities’ (UNISDR, 2017: 8). ‘Note from the secretariat: The data on number of deaths and number of missing/ presumed dead are mutually exclusive, so no-one should be double counted’ (UNISDR, 2017: 8). For details on the computation methodology, please see the Report p8-12.

For global target B, the table below lists the indicators recommended by the OUEWG.

The Report of the OIEWG identifies that “[p]eople can be affected directly or indirectly. Affected people may experience short-term or long-term consequences to their lives, livelihoods or health and in the economic, physical, social, cultural and environmental assets.”

OIEWG defined ‘directly affected’ as ‘[p]eople who have suffered injury, illness or other health effects; who were evacuated, displaced, relocated; or have suffered direct damage to their livelihoods, economic, physical, social, cultural and environmental assets.’ Indirectly affected is defined as ‘People who have suffered consequences, other than or in addition to direct effects, over time due to disruption or changes in economy, critical infrastructures, basic services, commerce, work or social, health and physiological consequences’ (UNISDR, 2017: 19)

Recognising the difficulties of assessing the full range of all affected people (direct and indirect), the OIEWG recommended the use of an indicator that would estimate ‘directly affected’ as more feasible than collecting data on indirectly affected (p19-20). This indicator, while not perfect, uses widely available data and can be used consistently across countries and over time to allow measure against target B. From the perspective of data availability, feasibility of collection and measurability, the OIEWG recommended the use of a compound indicator based on the number of people injured or ill as a direct result of disasters (B-2) (UNISDR, 2017:19-20). For details on the computation methodology, please see the Report p22-26.

For further details on targets A and B, please refer to the reports below: 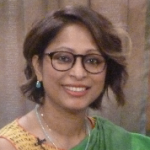 Dr Nibedita S. Ray-Bennett is an Associate Professor in Risk Management, Programme Director, External Examiner and Fellow of the Higher Education Academy. Nibedita joined the University of Leicester in 2012. Before joining Leicester, she had worked at Warwick, Northumbria and Cranfield Universities. Nibedita is a sociologist specialising in disaster risk reduction (DRR) and international development. Her research explores: i) understanding the complex nature of disaster and vulnerability in organisations and communities for effective disaster risk management and sustainability; ii) developing the capacity of actors and organisations for effective disaster risk governance, and iii) reducing disaster mortality and morbidity for human development. Nibedita is the author of Caste, Class and Gender in Multiple Disasters (2009, VDM Verlag) and Avoidable Deaths (2017, Springer Nature). Nibedita is the co-founder of ADN and she believes that by developing the capacities of actors, organisations and of general public – among other things, we can avoid disaster deaths. 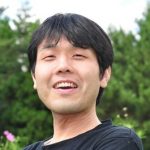 Dr Hideyuki Shiroshita is an Associate Professor at Graduate School and Faculty of Societal Safety Sciences, Kansai University in Japan. He is also an affiliate member of the Disaster and Development Network (DDN) at Northumbria University, UK. His research interests are in the areas of disaster education, risk communication and Science, Technology and Society (STS). To overcome the conventional disaster education, which involves one-way knowledge transmission from experts on disaster risk reduction (DRR) to non-experts, the definition of disaster education is revisited from both DRR and pedagogical perspectives. He has also been served as an advisor of disaster education to several governmental committees. Currently, he is the chairperson of Osaka Prefectural committee for promoting safety and disaster education. Hideyuki co-founded the ADN with Nibedita and together they contributed a research paper to the UN’s Global Assessment Report 2019 on DRR.

Reflective Short Piece on the Situation in India: From Coronavirus to Locust Attack to Cyclones   By: ADN’s Junior Champion, Arkoneil Ghosh   “While India as a nation continues to fight Coronavirus, here comes the Locust attack, which has destroyed…
END_OF_DOCUMENT_TOKEN_TO_BE_REPLACED

COVID-19 in The Netherlands: Both a Biological Disaster and an Economic Disaster By: Mr Jos Bal, ADN’s Knowledge Exchange Officer The coronavirus (COVID-19) is still spreading globally. Currently, in the world, there have been almost 5 million confirmed COVID-19 cases…
END_OF_DOCUMENT_TOKEN_TO_BE_REPLACED

Belize COVID-19 Update By: Daniel Mendez COVID-19 continues to cause major health, economic, social and psychological impacts across the Americas. As of 10 May 2020, there were 1,702,451 confirmed cases, with 101,874 reported deaths (PAHO, 2020). In the Central American…
END_OF_DOCUMENT_TOKEN_TO_BE_REPLACED

A Reflection on My PhD Fieldwork Experience Kalimpong district, India By: Peter McGowran   Last year I took on a short-term administrator role with the ADN. Since May 2019 when the role officially finished, I have undertaken my PhD fieldwork in Kalimpong…
END_OF_DOCUMENT_TOKEN_TO_BE_REPLACED

Project NHS Hero Inspiration Wall – Royal Free Hospital ICU By: Nima Roy “Art is something that makes you breathe with a different kind of happiness.” – Anni Albers 4 weeks, 1,500+ pieces of art, 2 graffiti murals and many…
END_OF_DOCUMENT_TOKEN_TO_BE_REPLACED

Is Odisha leading the fight against COVID-19? By: Dr. Jalandhar Pradhan*, Mr. Niranjan Bariyar and Dr. Madhulika Sahoo The first case of COVID-19 outbreak was reported in India on 30 January 2020 in Kerala, while Odisha, an eastern state of…
END_OF_DOCUMENT_TOKEN_TO_BE_REPLACED