Hurricane Dorian was one of the strongest hurricanes to pass through the Caribbean Region and specifically The Bahamas, a 700 plus multi-island nation. Interestingly Dorian first made landfall in Barbados as a tropical storm at about 60 miles per hour (mph). Barbados is located closer to South America, while The Bahamas is to the South East of the United States. As the Regional Coordinator for the Avoidable Deaths Network in the Caribbean, this was certainly a storm to be monitored and reported on, especially since I am currently based in Barbados. The government of Barbados ordered an early shut down of businesses as the storm drew closer, so that residents could secure their homes and families.

Luckily for Barbados the rain and wind was primarily north of the hurricane’s eye wall. Since the eye passed directly over Barbados, and the area of intensity was quite small, Barbados received very little rain and wind that night. The storm then proceeded towards the islands of St. Lucia and Martinique. The eye passed directly over the southern portion of St. Lucia which received some rainfall, however the intensity remained to the north of the eye wall. As such Martinique, the island to the north of St. Lucia, received severe flooding. Rivers breached their banks and many homes were flooded. After Dorian passed the islands of St. Lucia and Martinique it began strengthening into a category one hurricane. As it drew closer to The Bahamas the storm intensified to category 5 status.

As a category 5 hurricane, with maximum sustained winds of 185 mph, Dorian pummelled through the Abaco Islands in the northern portion of The Bahamas on September 1, 2019. Dorian then moved with decreasing speed towards Grand Bahama Island, making landfall on September 2, 2019. The hurricane slowed and became stationary over Grand Bahama for over 18 hours. As a consequence, the island received a pounding, and recent satellite images show that more than half of the island was underwater.

Since then the official death toll has risen to 50, with an expectation that this number will increase as relief efforts continue. More than 70,000 persons are now homeless on the islands of Abaco and Grand Bahama, where scenes of devastation are prevalent. With a total country population of about 400,000 that number represents approximately 17.5% of the population.

The majority of deaths were attributed to drowning. Stories of family members being swept away by the 15-foot storm surge were reported on multiple occasions. Reports indicated that numerous families were trapped on their roofs or in the spaces between their ceiling and the galvanised sheeting as the storm surge swept inland. A father losing grip of his son as he held onto the roof of his home and a mother and her baby being swept away by the waves were just some of the accounts that came to light as the waters receded.

In Marsh Harbour on the Abaco Islands at least 90% of all structures have been damaged or destroyed. Survivors have indicated that the death toll is much higher than the official reports. Bodies were described as floating in the receding waters or just lying among the debris. A number of Haitian immigrants with poor housing are thought to be among the fatalities. Thousands of residents are being relocated to the capital Nassau, where temporary housing is being provided in the form of tents and other temporary structures.

“We are in the midst of one of the greatest national crises in our country’s history,” the Bahamian Prime Minister Hubert Minnis said in a recent news conference (Espinosa et al., 2019). Preliminary estimates of the Bahamian Government indicate that economic losses could be in excess of US 7 billion dollars, or almost two thirds of the entire country’s Gross Domestic Product (GDP).

Many countries, organisations and individuals have pledged their aid through monetary donations, supplies and manpower. Even hurricane devastated Dominica (Hurricane Maria in 2017) has pledged USD 100,000. There is a sense of comradeship as many organisations, including NGOs, work together to collect donations and supplies to help with the relief efforts.

The Bahamas has some of the toughest building codes in the world due to their historical encounters with hurricanes. Despite these conditions local to the Abaco Islands may have contributed to the high levels of devastation and large number of fatalities. Marsh Harbour in particular is home to a Haitian immigrant population, mostly centred in a ‘shanty town’ or ‘favela’ called The Mudd. The housing conditions that exist in The Mudd are below standard. In this location the Haitian migrants were excluded and therefore unable to integrate properly into Bahamian society. Their quality of life remained low due to their illegal status. Job opportunities were in low-status roles, with correspondingly low salaries. This socio-economic exclusion contributed to the level of preparedness present within that population group.

The residents of the islands were well aware of the risk in advance and the hurricane shelters were opened to those residents whose homes were at risk. However, no one predicted in advance the length of time that the hurricane would remain in the area. This combined with its formidable intensity led to the unprecedented nature of the disaster. As a result, homes that looked to be much more securely built were damaged, in some instances beyond repair.

The effects of climate change and global warming are damaging to a country’s economy. Coincidentally a large percentage of countries that are at risk to tropical cyclone activity are Small Island Developing States (SIDS). As time progresses the intensity of these storms appears to be increasing. Hurricane intensities are exceeding past events, and governments are struggling to cope. As a result, disaster risk insurance is becoming increasingly popular. The Caribbean Catastrophe Risk Insurance Facility (CCRIF) is expected to make a pay-out of about 11 million US dollars. Unfortunately, this amount does not compare to the estimated figures given for total damage.

The levels of underinsurance must be addressed. Disadvantaged communities need extra assistance to prepare for a hurricane. Perhaps examples may be taken from Cuba where the army is responsible for evacuations before an incoming hurricane. An examination of the death toll for past hurricanes in Cuba reveals a relatively low rate in comparison to other islands. The main lesson learnt from this disaster is ‘inclusivity’, which should be at the core of all disaster risk management and disaster risk reduction activities to reduce human loss and injury. 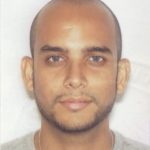 Krishna Clarke is the Regional Coordinator for the Caribbean under the Avoidable Deaths Network. As a national of St. Vincent and the Grenadines, he is the Risk Analyst at the Caribbean Development Bank (CDB) based in Barbados. Krishna holds two Master of Science degrees, in Risk, Crisis and Disaster Management from the University of Leicester, and Risk Management and Financial Regulation from Queen’s University Belfast. He also holds a Bachelor of Science degree in Banking and Finance from the University of the West Indies, Barbados. Krishna is currently engaged in a PhD in Sustainable Development and Diplomacy at EUCLID University.

First Milestone Achieved for the IPPF-Funded Project entitled “Developing a Protocol for Low-Budget Reproductive Health Kit during Disasters and Crises”. We are excited to announce that after months of systematic literature review of 47 sexual and reproductive health kits, 4…
END_OF_DOCUMENT_TOKEN_TO_BE_REPLACED

COVID-19 in The Netherlands: Both a Biological Disaster and an Economic Disaster By: Mr Jos Bal, ADN’s Knowledge Exchange Officer The coronavirus (COVID-19) is still spreading globally. Currently, in the world, there have been almost 5 million confirmed COVID-19 cases…
END_OF_DOCUMENT_TOKEN_TO_BE_REPLACED

Challenges for the New World By: ADN’s Junior Champion, Arkoneil Ghosh COVID-19 doesn’t seem to be controllable and we are learning to get ourselves prepared to survive in this new world. The news of Bollywood stars being tested positive doesn’t…
END_OF_DOCUMENT_TOKEN_TO_BE_REPLACED

A Reflection on My PhD Fieldwork Experience Kalimpong district, India By: Peter McGowran   Last year I took on a short-term administrator role with the ADN. Since May 2019 when the role officially finished, I have undertaken my PhD fieldwork in Kalimpong…
END_OF_DOCUMENT_TOKEN_TO_BE_REPLACED

Reflective Short Piece on the Situation in India: From Coronavirus to Locust Attack to Cyclones   By: ADN’s Junior Champion, Arkoneil Ghosh   “While India as a nation continues to fight Coronavirus, here comes the Locust attack, which has destroyed…
END_OF_DOCUMENT_TOKEN_TO_BE_REPLACED