It has become common knowledge that disaster often repeats itself. In the course of my professional life I have witnessed several communities located in completely different parts of the world that were hit by similar disaster events. Not only do such disaster events share similar aetiology, they sometimes cause comparable levels of socio-economic damage and loss. The most recent example of such a phenomenon is Tropical Cyclone Idai, which hit the central coast of Mozambique, and Tropical Cyclone Fani, which hit the State of Odisha in India.

On the 14th and 15th of March 2019 Category 4 Tropical Cyclone Idai, with a sustained wind speed of 180-220 km/h, made land fall near Beira City on the central coast of Mozambique. The disaster affected 1.5 million people, killed 603 and injured 1,600 in the provinces of Sofala, Manica, Zambezia and Tete.  One and half months later Tropical Cyclone Fani with similar strength (maximum sustained surface wind speed of 175-185 km/h gusting to 210 km/h) made landfall at Puri in Odisha State, India. Cyclone Fani affected 15.09 million, injured 300 and killed 41 people. Whilst these events were of similar magnitude, the human impact sustained in Mozambique was more than ten times that in Odisha State.

As a reflective disaster risk reduction (DRR) practitioner I find the very different impacts brought about by similar disaster events raises many questions. For instance, why was the human impact greater in Mozambique than in the State of Odisha? What went wrong in Mozambique that led to the high level of human impacts? What was done well in Odisha State that reduced the impact of the potentially devastating disaster? What lessons can DRR practitioners in Mozambique draw from their counterparts in Odisha that could help reduce human impacts in the future? This article addresses these questions. Whilst there are many theories relevant to this problem, this article examines how learning from past disaster events could have played a role in reducing the human impact in Mozambique.

Prior to Cyclone Fani, Odisha had witnessed seven major cyclones in fifty years. In 1999, Odisha was hit by a super cyclone that killed 10,000 people. In 2013, Cyclone Phailin hit Odisha affecting 13.2 million people and killing 44 others. Perhaps the lessons learned from the repeated cycle of cyclone occurrence in Odisha informed the high level of preparedness and rapid response that was witnessed before and just after Cyclone Fani made landfall. According to the rapid assessment report, the Government of Odisha evacuated nearly 1.2 million people from vulnerable and low-lying areas of at least 11 coastal districts in the hours prior to the cyclone. Secondly, there were 880 specially designed cyclone centres already in place to be used as shelters.

In contrast to this, Tropical Cyclone Idai was the first cyclone to hit Mozambique’s central coast. While Mozambique is considered cyclone prone, previous cyclones (such as the 2000/2001 Cyclone Eline that killed 700 people) hit the southern half of the country, predominantly the Limpopo River Basin. Historically the central coast of Mozambique was considered to be the area least vulnerable to cyclone hazards. Despite the fact that the National Meteorology Institute (INAM) issued timely Cyclone warnings for Idai, attempts to evacuate people were delayed until after the Cyclone had already made landfall.

Secondly, even if evacuation had been completed prior to the cyclone making landfall, there were no specially designed cyclone shelters in central Mozambique. Traditionally central Mozambique is prone to flooding, and the government use schools and churches as flood evacuation shelters. According to the Post Disaster Needs Assessment (PDNA) report, a total of 620 schools and 814 churches were destroyed by Tropical Cyclone Idai in Nhamatanda and Beira, districts where the majority of deaths and 82% of injuries were reported.

It is commonly believed that we can improve our chances of survival today by learning from the failures – or successes – of the past. This belief is also applicable in disaster risk management. In 1994, two leading disaster risk management scholars, Toft and Reynolds, developed an approach that utilizes the vital learnings from past disasters to inform the management of future disasters. In their book Learning from Disasters: A Management Approach they wrote that “[w]e owe it to those who have lost their lives, been injured, or suffered loss to draw out the maximum amount of information from those lessons and to apply it to reduce future suffering.” Just as the State of Odisha learned valuable lessons from past cyclones, Mozambique should take stock of lessons learned from Cyclone Idai and Cyclone Fani to improve preparedness and the response to future cyclones that may affect any part of the country. 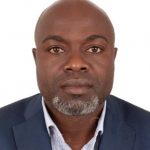 Samuel Akera is a Disaster Risk Reduction (DRR) specialist at the UNDP-IGAD Resilience Project and a reflective DRR practitioner based in Nairobi, Kenya. Mr. Akera is a Commonwealth Scholar and 2014 winner of prestigious UK’s Learning for Work award. He was a member of a panel of technical experts that conducted the Post Disaster Needs Assessment (PDNA) for Cyclone Idai, which ravaged central Mozambique in March 2019. Representing UNDP, he co-led, with the World Bank, the assessment of the damage, losses and recovery needs for the DRR sector. Additionally, he is a voluntary member and Regional Coordinator of the Avoidable Death Network (ADN) for Africa.

COVID-19 in The Netherlands: Both a Biological Disaster and an Economic Disaster By: Mr Jos Bal, ADN’s Knowledge Exchange Officer The coronavirus (COVID-19) is still spreading globally. Currently, in the world, there have been almost 5 million confirmed COVID-19 cases…
END_OF_DOCUMENT_TOKEN_TO_BE_REPLACED

Belize COVID-19 Update By: Daniel Mendez COVID-19 continues to cause major health, economic, social and psychological impacts across the Americas. As of 10 May 2020, there were 1,702,451 confirmed cases, with 101,874 reported deaths (PAHO, 2020). In the Central American…
END_OF_DOCUMENT_TOKEN_TO_BE_REPLACED

COVID-19 Overview in Africa from our Regional Coordinator in Nigeria, Dr Azukaego Nnaji

COVID-19 Overview in Africa By: Dr Azukaego Nnaji Corona virus disease discovered in Wuhan china in 2019 commonly called COVID-19 is the current pandemic that has brought the entire world to a standstill at the moment. In world history, various…
END_OF_DOCUMENT_TOKEN_TO_BE_REPLACED

Challenges for the New World By: ADN’s Junior Champion, Arkoneil Ghosh COVID-19 doesn’t seem to be controllable and we are learning to get ourselves prepared to survive in this new world. The news of Bollywood stars being tested positive doesn’t…
END_OF_DOCUMENT_TOKEN_TO_BE_REPLACED

A Reflection on My PhD Fieldwork Experience Kalimpong district, India By: Peter McGowran   Last year I took on a short-term administrator role with the ADN. Since May 2019 when the role officially finished, I have undertaken my PhD fieldwork in Kalimpong…
END_OF_DOCUMENT_TOKEN_TO_BE_REPLACED

Reflective Short Piece on the Situation in India: From Coronavirus to Locust Attack to Cyclones   By: ADN’s Junior Champion, Arkoneil Ghosh   “While India as a nation continues to fight Coronavirus, here comes the Locust attack, which has destroyed…
END_OF_DOCUMENT_TOKEN_TO_BE_REPLACED