At a time when most people look forward to summer breaks enjoying on a beach or simply going outdoors, much of Australia was shrouded in thick plumes of smoke from one of Australia’s worst seasonal bushfire at the end of November 2019 just when summer was about to start. Bushfires occur frequently in Australia, where the climate is generally dry, hot and prone to droughts. However, this fire season started early in September, and gained traction in November due to rising temperatures, dry weather, and strong winds. The scale of the fires is difficult to comprehend. Over  18 million hectares of land were burned as of January 2020 (UN Environment, 2020). That is equivalent to about 250 times the size of Singapore – the place I call home. To me this was both mind-blowing and immensely heart-breaking.

In addition to the land burned close to 3 billion animals were displaced or dead in Australia’s unique ecosystem, nearly 6,000 homes lost, and 350 million tonnes of carbon dioxide introduced to the atmosphere, making up about two-thirds of Australia’s annual emissions budget (WWF, 2020; Foley, 2020). The south-eastern states of New South Wales and Victoria were badly hit, with New South Wales on the east coast of Australia bearing almost half of the destruction from the fires (BBC, 2020).

Northern Australia was also affected by the fires, and usually accounts for 70% of areas affected by fire in Australia every year (Fisher & Altman, 2020). I was curious as to why they were not the worst hit during this unprecedented “Black Summer”. I researched this and was pleasantly surprised to find it was partly attributed to indigenous knowledge – a subject I take a personal interest in and even based my MSc dissertation on (entitled “Ürban legends: A study of indigenous knowledge in disaster risk reduction in the Asia-Pacific region”).

I read with great interest that northern Australia managed to reduce the annual average area burned over the last 20 years due to work on the ground which saw indigenous community-based groups working with the locals. This extensive fuel management and fire suppression work over several years in northern Australia had contributed to the reduced scale of destruction from the summer fires as compared to the south.

Traditional indigenous fire management, also known as “cultural burning”, generally means deliberately setting small fires in the cooler months of the early dry season, between March and July (Allam, 2020). In cultural burning debris, scrub, undergrowth and certain grasses are set alight in patches. The fires burn through the fuel, revealing a moist layer of grass underneath. Though fires still happen, they burn over much smaller areas before they meet the natural firebreak created by the early-season burns. Cultural burns are carried out  on a small scale and on foot, so that the fires can be carefully monitored and animals in the area have a chance to move away from the area. The trees and canopy are also protected. These burns are smaller, cooler and more labour-intensive than the more common hazard reduction burns, and take into account the best times to burn, the breeding season of the local wildlife and types of plants in the area (Betigeri, 2020).

This practice is largely lost in much of Australia due to colonization, as well as macro-level factors such as capitalism and globalisation – a common occurrence in communities where indigenous knowledge is diminished (Nunn, 2020). I was heartened to learn of the efforts in parts of northern Australia to revive these practices however. It is worth noting that the successes of northern Australia in their fire management approach are due to the integration of modern science with indigenous knowledge. Some of these communities blend traditional fire management techniques, such as cultural burning, with the use of modern technology such as satellite mapping and constantly tracking weather conditions.

The downside of cultural burning seems to be an economic one. Some of the cultural burning techniques could cost more money to implement. They are more labour intensive, since the scale of these preventive fires is small, and the effort needed to gain years of knowledge and integration with science is no small feat. That said, coming out of the Black Summer fires of 2019/2020 in Australia, surely these costs must be worth it. With climate change such wildfires will only worsen in intensity and frequency.

This presents a opportunity for other parts of the world to learn from – indigenous knowledge has been shown to help prevent or mitigate wildfires. We need to take these lessons and apply them to other parts of the world (e.g. USA, Europe) where climate change is fuelling wildfires and causing them to spiral out of control. There is never a better time for modern science and social scientists to take action to preserve indigenous knowledge, to reduce disasters and learn from those who have lived on these lands and passed down their knowledge from generation to generation. It is time, if not long overdue. 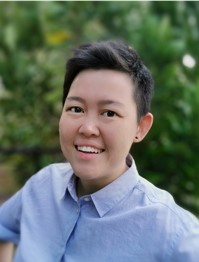 Adelle Lim is a recent graduate of University of Leicester’s MSc in Risk, Crisis and Disaster Management. Intrigued by indigenous communities’ survival methods during the 2004 Indian Ocean Tsunami, Lim based her MSc dissertation on preserving indigenous knowledge and making it more accessible with the possibility of integrating with scientific knowledge. Always passionate about risk and crisis management, Lim is keen to be back in the space for the next chapter of her career after completing her EMBA.

COVID-19 in The Netherlands: Both a Biological Disaster and an Economic Disaster By: Mr Jos Bal, ADN’s Knowledge Exchange Officer The coronavirus (COVID-19) is still spreading globally. Currently, in the world, there have been almost 5 million confirmed COVID-19 cases…
END_OF_DOCUMENT_TOKEN_TO_BE_REPLACED

Belize COVID-19 Update By: Daniel Mendez COVID-19 continues to cause major health, economic, social and psychological impacts across the Americas. As of 10 May 2020, there were 1,702,451 confirmed cases, with 101,874 reported deaths (PAHO, 2020). In the Central American…
END_OF_DOCUMENT_TOKEN_TO_BE_REPLACED

Challenges for the New World By: ADN’s Junior Champion, Arkoneil Ghosh COVID-19 doesn’t seem to be controllable and we are learning to get ourselves prepared to survive in this new world. The news of Bollywood stars being tested positive doesn’t…
END_OF_DOCUMENT_TOKEN_TO_BE_REPLACED

A Reflection on My PhD Fieldwork Experience Kalimpong district, India By: Peter McGowran   Last year I took on a short-term administrator role with the ADN. Since May 2019 when the role officially finished, I have undertaken my PhD fieldwork in Kalimpong…
END_OF_DOCUMENT_TOKEN_TO_BE_REPLACED

Reflective Short Piece on the Situation in India: From Coronavirus to Locust Attack to Cyclones   By: ADN’s Junior Champion, Arkoneil Ghosh   “While India as a nation continues to fight Coronavirus, here comes the Locust attack, which has destroyed…
END_OF_DOCUMENT_TOKEN_TO_BE_REPLACED