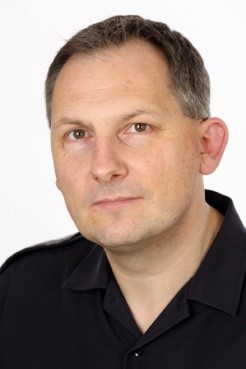 David is the Founder of SharedAim, a company established to help organisations deliver excellent customer experience and enhance organisational performance. He is also the International Research Lead for the National Fire Chiefs Council, which he undertakes on a voluntary and part-time basis.

David is studying for an MSc in Risk, Crisis and Disaster Management at the University of Leicester. His dissertation will make the case for recognising the role of the public as first responders to dwelling fires, which stems from his belief that services should be ‘done with’ and not ‘done to’.

During a distinguished career in the Fire and Rescue Service (FRS), David gained significant experience in all aspects of emergency planning and response. Most notably, he led the initial UK response to the first major fire in the Channel Tunnel, for which he was awarded a commendation.

Over the course of 19 years, David worked consistently in evidence-based roles, including managing fire investigation, arson, research and community safety functions and conducting a quality assurance review. In 2017 he became an Evidence Champion with the Alliance for Useful Evidence.

David instigated and led an award-winning national study to understand human behaviour in dwelling fires. His insights and findings provided an entirely new perspective, which continue to change thinking and practice. As a result of his research he became the first Customer Experience Manager in the UK FRS and introduced customer experience mindset and methodologies.

In September, along with his co-author, he launched a new report titled ‘Saving Lives Is Not Enough’. Using evidence and a casualty-centred perspective it challenges the current arrangements for pre-hospital burn care. It further argues that strategic changes are required to improve inter-service planning and to create a single customer experience framework across the emergency services.

David is an experienced presenter, author and has worked extensively across multiple sectors including fire and emergency, health/burns, academia, electrical and customer experience. David advises a wide range of organisations/sectors and his thinking is influential in the UK and internationally.

Taking a human centred approach, David is increasingly interested in how people and tech powered (5G and the fourth industrial revolution) movements will impact on the future of organisations.

Caribbean COVID-19 Update By: Krishna Clarke The Corona Virus or Covid-19 as it is known, is to date, one of the world most widespread pandemics by infection rate in recorded history (Gill and Tilleray, 2020). As of the end of…
END_OF_DOCUMENT_TOKEN_TO_BE_REPLACED

The Coronavirus (Covid-19) pandemic has now caused an increase in the death rate amongst vulnerable groups. Because Covid-19 took the world by surprise it is a reasonable proposition to argue that many of these Covid-19 related deaths could have been…
END_OF_DOCUMENT_TOKEN_TO_BE_REPLACED

How Can Social Distancing be Achieved in Dharavi, Mumbai?

How Can Social Distancing be Achieved in Dharavi, Mumbai? By:  Arkoneil Ghosh, ADN Junior Champion It is indeed a great concern for sensitizing the rural population about social distancing. The question here is not whether they want to do or…
END_OF_DOCUMENT_TOKEN_TO_BE_REPLACED